A lot has happened since my last update, so I’m going to try and do my best to fill you in!

First I should talk about all of the events that occurred in the final few days of the July camp session. Last time I talked about Council Ring, while not knowing a huge amount about it. On the Monday before campers left to go home, the night finally came for all of the boys from Ahmek and the girls from Wapomeo to make the trek from the main camp up to the fire pit on the side of the hill above camp. The girls from Wap made their way over here in giant war canoes, which can hold 40 people each. We all walked in pairs, in complete silence, and as we walked up the trail we passed senior staff who were showing us the trading routes and ways of life of the people who lived on the shores of the Lake before the camp arrived. Homage was paid to the Hudson’s Bay Company, as well as the aboriginal peoples of the area who called this their home. 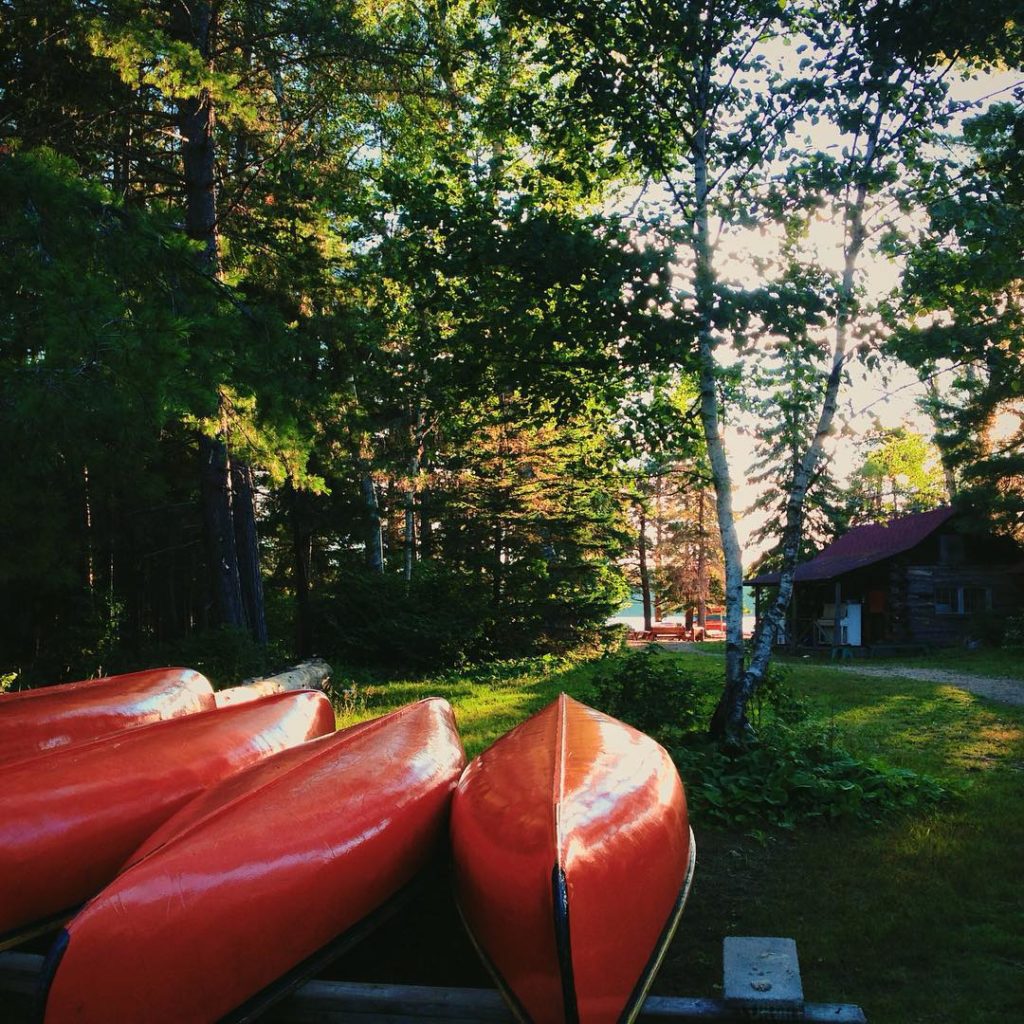 The event was based on several stories, told by the senior staff of both camps, and the focus was very much on games and competition. The camp fire was lit using friction by a member of staff who has been here for years and years. Water-boiling, the most intense five minutes of the entire July session, saw two staff members and two Voyageur-level campers completing the challenge, with the staff members breaking the 5-minute barrier and earning themselves a place on a plaque in the dining hall. All of the female staff here at Ahmek were rooting for the tennis instructor, called Helen, for obvious reasons! Council Ring continued with several other games and concluded long after the sun had gone down.

Next up was Ahmek A, a little concert that took place out on the swimming dock. All the kids and staff gathered on the beach and the porch of the dining hall, and there was a giant A lit up with tea lights that was placed in a canoe out past the dock. People were canoeing around the pool and the lake, and there were rubbish bins filled with sand and small bonfires were lit inside. One by one, some staff and campers went up onto the dock and played music, either using a guitar, a mouth-organ, a piano or just their voice. The sun went down to the accompaniment of the campers singing the Ahmek Hymn.

The final banquet took place in the last few days of July too, with the theme of Star Wars. All of the female activity staff coiled their hair like Princess Leia, and performed a little sketch involving confusion over who the real Leia was. All of the food was Star Wars themed, with red and blue coloured ‘lightsaber’ bread, and the table of the section directors was the high council, passing judgment on each group’s sketch. The Mountaineers won, earning themselves milkshakes for everyone in the section. Each of the freighter canoes (larger wood and canvas canoes that can hold 10-12 people) was filled to the brim with all kinds of amazing food, and there was a carvery section too. It’s definitely the best I’ve eaten since I’ve been at camp. Even the dessert was incredible, with Nanaimo Bars (traybake squares with a coconut biscuit base, really thick butter icing and a chocolate topping), a chocolate fountain, choux pastry buns filled with cream and lots of other cakes and desserts. 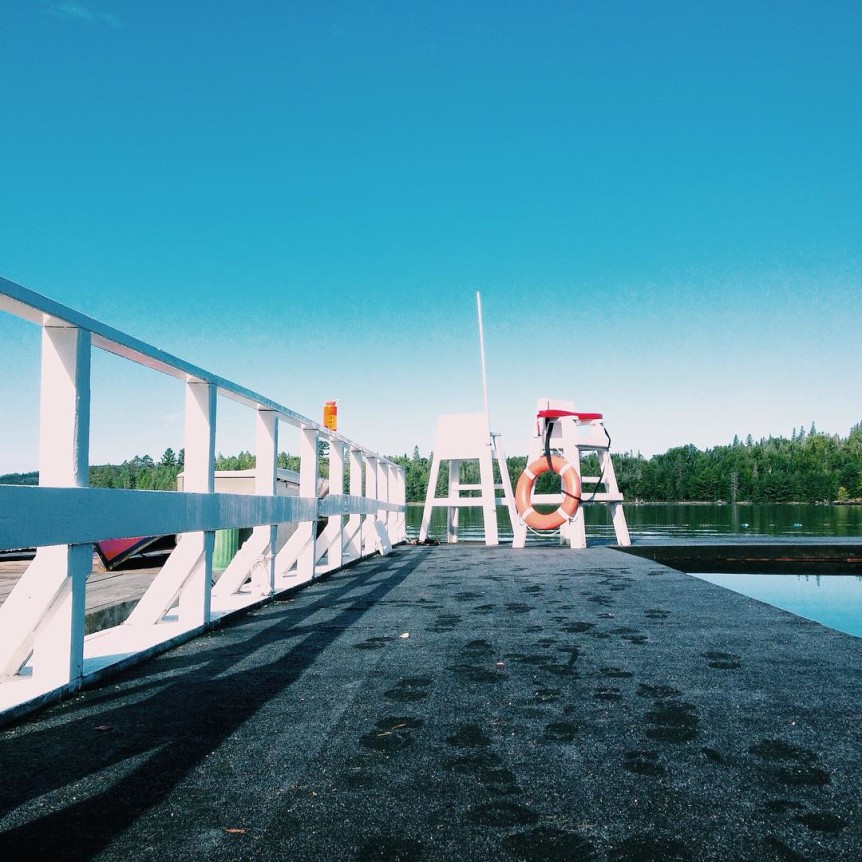 At the end of the July session, I volunteered to be an escort for the buses that take the kids bake to their home cities. I decided to go on the Montréal bus, which involved taking a whole load of kids to Montréal via Ottawa, then staying there for 2 nights, and coming back down with a fresh new batch of campers for the August session. On the way there, I was with several other counsellors, while two Ahmek staff drove a van filled with camper’s bags. Once in Montréal, we checked into a fancy hotel and watched TV for hours, all of us having been deprived of it for 6 weeks. I spent the next day exploring the old part of the city, where I had the best poutine in the history of the world inside a little restaurant which was situated inside a courtyard, off the main street. This part of Montréal was a great mix of European and North American architecture, with towering skyscrapers alongside cobbled streets and stone buildings.

Some parts of it felt like it could have been plucked from the backstreets of a town in Southern France. I even managed to practice my (limited) French in the shops. I realized that although I absolutely love the countryside, there is something about city life that holds a bit of excitement; in this case, the buskers of the city made it come alive. We came across an old couple who called themselves Jitterbug Swing, with the man playing steel guitar and the woman singing, which was the best accompaniment to wandering the streets. I spent far too much money in the little stalls that dotted the squares, tried the best maple syrup ever (and bought a little bottle for my brother – hi Callum!) and had a frozen banana coated in honeycomb and chocolate. All in all, a pretty good day.

I’ve been back in camp for almost a week now, and the weather has definitely cooled down. It’s hovering around 15 degrees during the day, and dropping to about 7 at night, which means I’ve been sleeping in leggings, a jumper, and a sleeping bag! The cabins here are pretty rustic, so single glazing and plenty of opportunity for droughts mean that it can get pretty cold sometimes. At least running around with the kids all day warms you up a bit, and I’ve always got the option to light fires during lessons to keep a bit warmer when it’s not too windy. 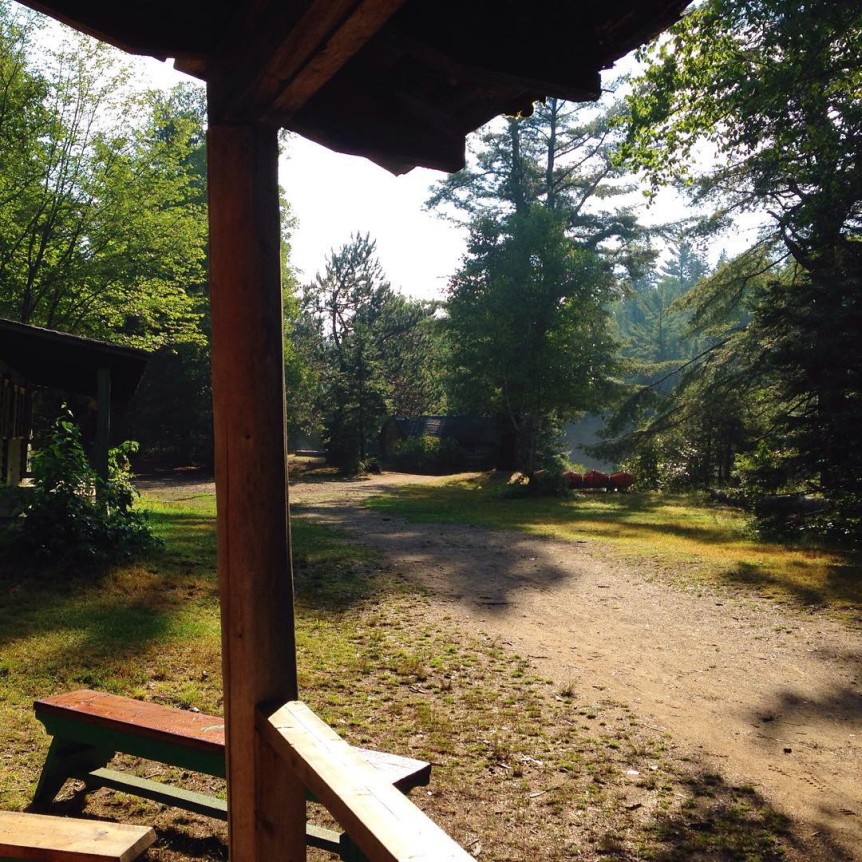 I can hardly believe that there are only a few weeks left of camp. I leave here on the 28th of August, then fly home on the 29th and start university again on the 31st. Never time for a break! Part of me is looking forward to going home – seeing my parents, seeing flatmates and friends again, sleeping in my own bed, having technology readily accessible (the camp is tech-free, so you’re not allowed to use phones or laptops around campers) – and the other part of me will find it really weird to be back amongst everything again.

Let’s hope the next 3 weeks have as much in store as the last two months have!

Check out Abbey’s Instagram feed here, and her blog: http://thescottishkiwi.tumblr.com/