So it’s been a couple of weeks since my last update, and a lot has changed and I have been working at summer camp for a little while now. I am now in the role of the Camp Craft instructor for a couple of hundred young boys at a camp in Algonquin Park!

From when I arrived there have always been things to do. We started pre-pre-camp on the 21st of June, which involved organizing and setting up activities and writing lesson plans for all the different age groups of kids who stay at this camp. The only staff that was present that week were activity staff, such as myself, as well as all the office staff and all of the long canoe trip staff. This camp very much focuses on long canoe trips, where kids and staff go out into the wilderness of Canada for up to 50 days at a time, with only a canoe, a pack and a wannigan full of food. It’s pretty impressive to think that teenage boys want to do that – I can’t think of many British kids who would be quite so keen to set off on that kind of adventure.

The following week all of the counsellors and counsellors-in-training arrived for pre-camp, and the camp began a week-long intensive cleaning session, picking up everything from spare beds and pianos to apple stickers lying on the ground. The aim was to make the camp as picture-postcard-perfect as possible so that when the kids arrived it was exactly how they had dreamed it would be. 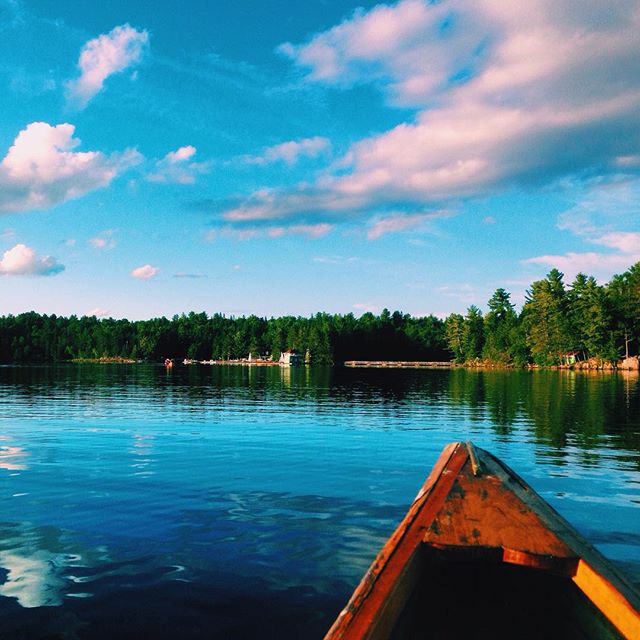 From Sunday 5th July, camp started for real. Kids arrived from all over the world: Korea to Spain, England to France. Buses were arriving packed full of children, and not to mention the luggage, all day. There were so many hockey bags (so Canadian!) that an articulated lorry had been hired to transport all of the stuff to camp. It was some task unloading and reuniting what must have been 500 bags with their owners, especially when half of it had to be loaded onto barges to go across to Ahmek’s sister camp, Camp Wapomeo for girls.

Immediately the buzz of camp began. Kids were given high-fives off the bus, and shouts of “SUMMER CAMP” echoed around the cabins. Many returning campers started singing one of the Ahmek songs, called ‘When We Go Up To Ahmek’. It’s not hard to see why they love this place. Everyone is so full of enthusiasm for the outdoors, for having fun and for life itself. At the first meal, the sound of the song before dinner was something to behold.

The kids have been here for almost a week now, and the enthusiasm doesn’t show any signs of letting up. Almost all of the older kids have gone out on trips now; trips which have names like Quetico, Bisco and Kipawa. I’ve been teaching them skills like fire building, campfire cooking (cinnamon buns!), orienteering and animal safety, particularly around bears. I’ve spotted three moose, and one of the staff saw a bear with cubs on the road to camp just a few days ago. All the kids know about black bears, and all the bins (sorry, garbage cans) around camp are bear-proof.

My favourite camper experience so far has been with a particular group of boys who were about 10-12 years old. I was telling them a joke with a nun in it, and one of them asked me what a nun was. After I explained, he asked me if I was a nun: his explanation for this statement was that he didn’t think I would ever get married! 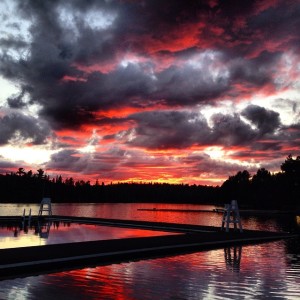 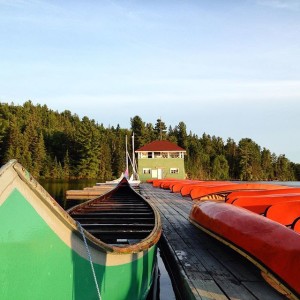 I’ve been accumulating lots of things while I’m here, so much so that I’m going to have to pay for an extra bag for the plane home at the end of August. I’ve got a sweater with a bear paw print on the front, a really cozy camp hoodie, and heaps of Canadian-themed little things to put in my flat back home. The camp does a paddle-making program, so I’m going to try and make my own to use here and then take home at the end of the summer.

I think I’ve rambled on for long enough now. I’ll keep you posted with another update in a few weeks’ time.

Check out Abbey’s Instagram feed here, and her blog: http://thescottishkiwi.tumblr.com/