Somewhere deep in the north I have been hiding away from the real world at a summer camp, living out my childhood dreams of ‘The Parent Trap’.
I have read plenty of typical posts about camp counsellor experiences, but I’ve never read anything about canoe tripping. Half the people at camp don’t even know what canoe trippers do, let alone anyone outside of camp. I wrote in my journal every single day of the trip to try to create some sort of story to write on my blog to attempt to explain the magic of the job. Sometimes my stories and photos don’t even begin to do it justice, but alas, here is a shortened, simplified view into the world of a canoe tripper. 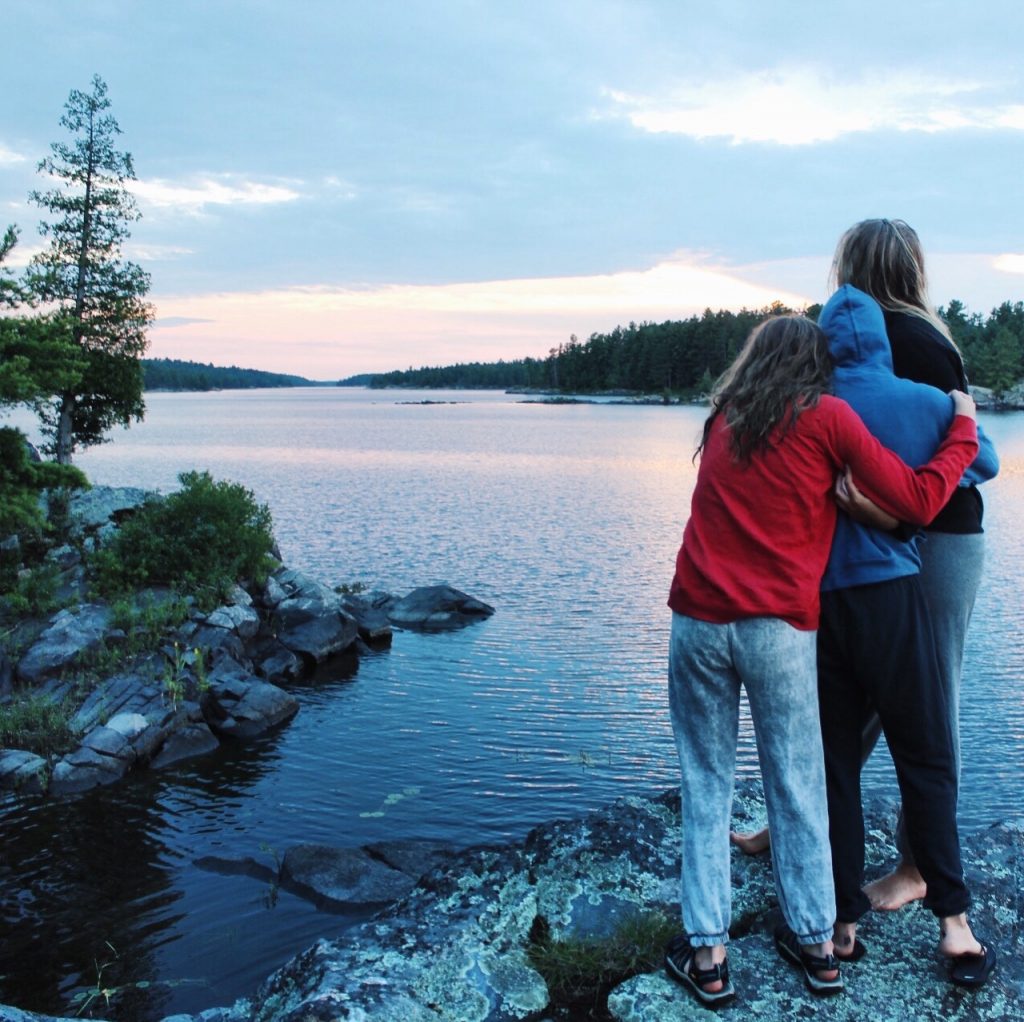 Whilst canoe tripping was only 1/3 of what I did in the 6 months I spent/am still spending at camp, it’s without a doubt, the greatest job I have ever had the pleasure of doing. I most definitely was not aware of what I was getting myself into but I would never turn back now. I absolutely loved being able to get out to the woods and be immersed in the Canadian wilderness. I was lucky enough to see some moose, snakes, turtles, beavers, otters, but sadly, no bears. People pay big money to go on canoe trips and tours in the parks of Canada, but there I was actually leading the trips! 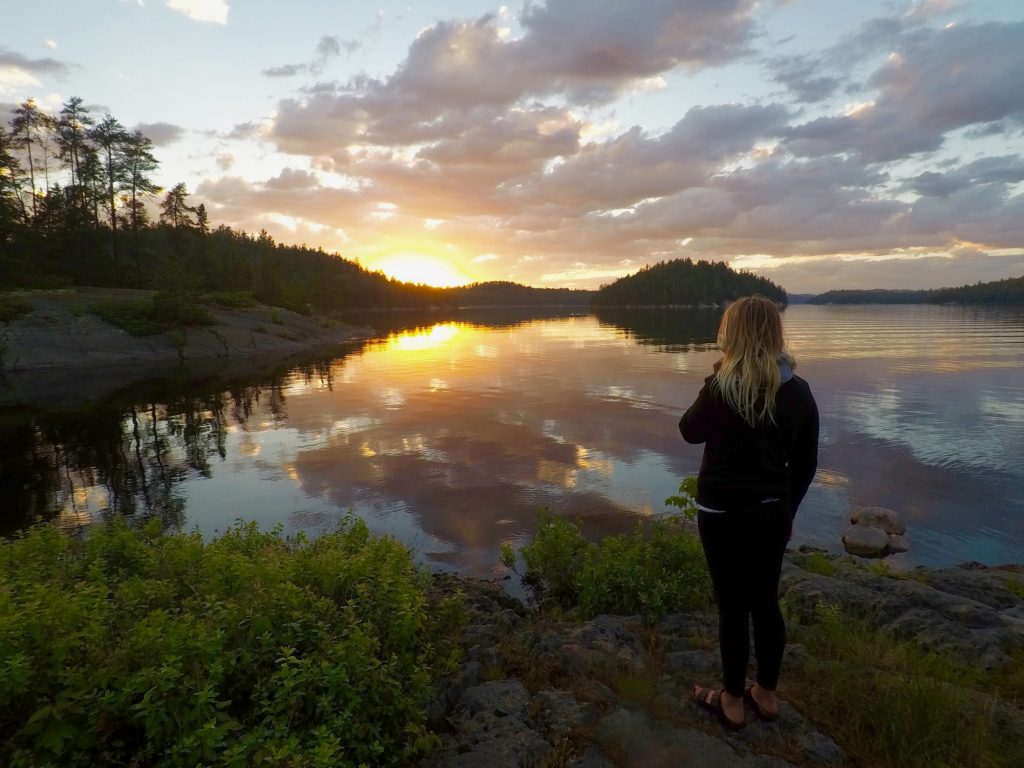 Myself and another tripper would be given a group of kids to take, a time period and a location a bus was going to drop us off, the rest was up to us. The day before the trip was ‘pack out day’, which involved us meeting with the kids, help them pack some clothes and sleeping bags. We would plan a route that we wanted to do or what we thought was best for the age group we had. Plan a menu and pack all the ingredients for the meals into ‘bear proof’ barrels. Pack a grill pack which contained things such as rope, a tarp, cooking utensils, satellite phone, toilet paper, first aid kits etc. Pack tents and get life jackets and paddles for the group. A standard trip was usually 6-8 kids on a 3 night, 4 day trip. Once we returned from a trip we would usually be back out within 2 days, sometimes less. After breakfast, on the day of the trip, we would pack the bus and be in for a 2 to 3-hour bus ride. The usual locations were Killarney, French River, Algonquin, Georgian Bay and Kukagami. For those that require permits, we would also be in charge of stopping in the office and purchasing those before hitting the water. These parks are some of the most beautiful places I have ever been. When I had a moment to myself (which was usually whilst brushing my teeth) I would usually stand at the water edge just in awe of the beauty, counting my lucky stars that I ended up in this job. 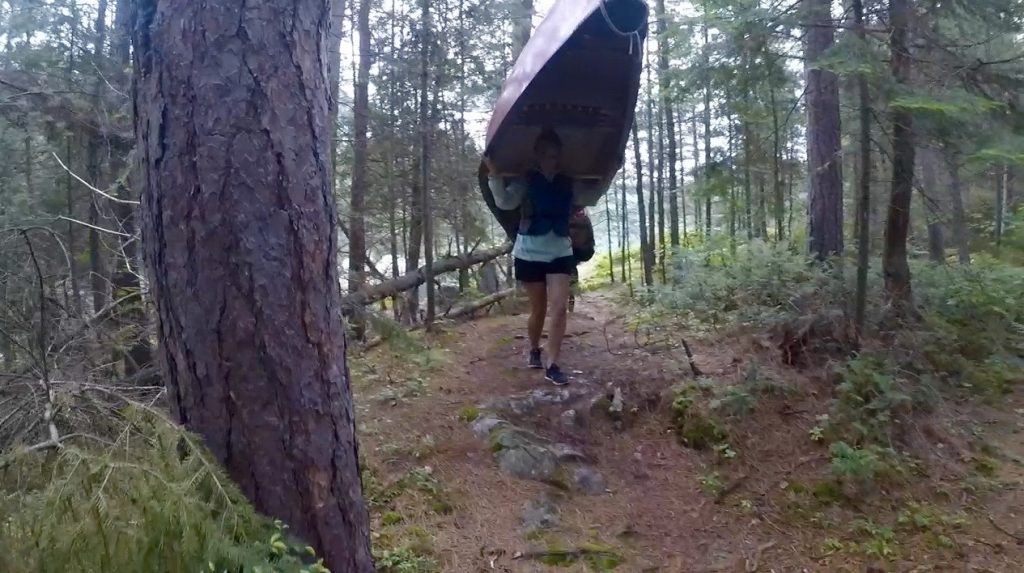 Tripping, as much as it is an incredible job, it is also extremely challenging and tiring. From the moment you leave camp, you become everything for these kids. You become the chef, the lifeguard, the nurse, the navigator, the entertainer, and the carer. Some trips were more demanding than others, younger groups would need you more. One of my very first trips was with Sophomores (aged around 8) for 4 days. After a full day of paddling, swimming/lifeguarding, playing games with them and preparing breakfast, lunch and dinner for the group, you would then have to deal with homesickness, scared and tired children who would come to your tent at 2am crying. It’s all part of the job, and I actually enjoyed being needed that much. Each trip was different and would offer a different learning experience for me. Some trips were super relaxing, staying on the same campsite for multiple nights, with nice weather. Others required lots of paddling, changing campsites every day, portaging, rain and storms. With some trips you would bring a counselor to help with the children, this could sometimes leave you with more work, but generally, they would be great to have around. The first few trips were extremely bad weather with a lot of bugs. Portaging with bugs attacking and not being able to do anything about it was one hell of a mental battle.

I’ve never had so many bruises, cuts, bug bites, been so dirty or stinky. But I wouldn’t have it any other way. I have been so lucky to see and experience so many amazing things. Even when I was having a challenging time, I couldn’t be upset about it because I knew/know how lucky I am and how much I was learning about myself. I felt so accomplished after every single trip, especially when the group had an amazing time and was expressing their gratitude to you. 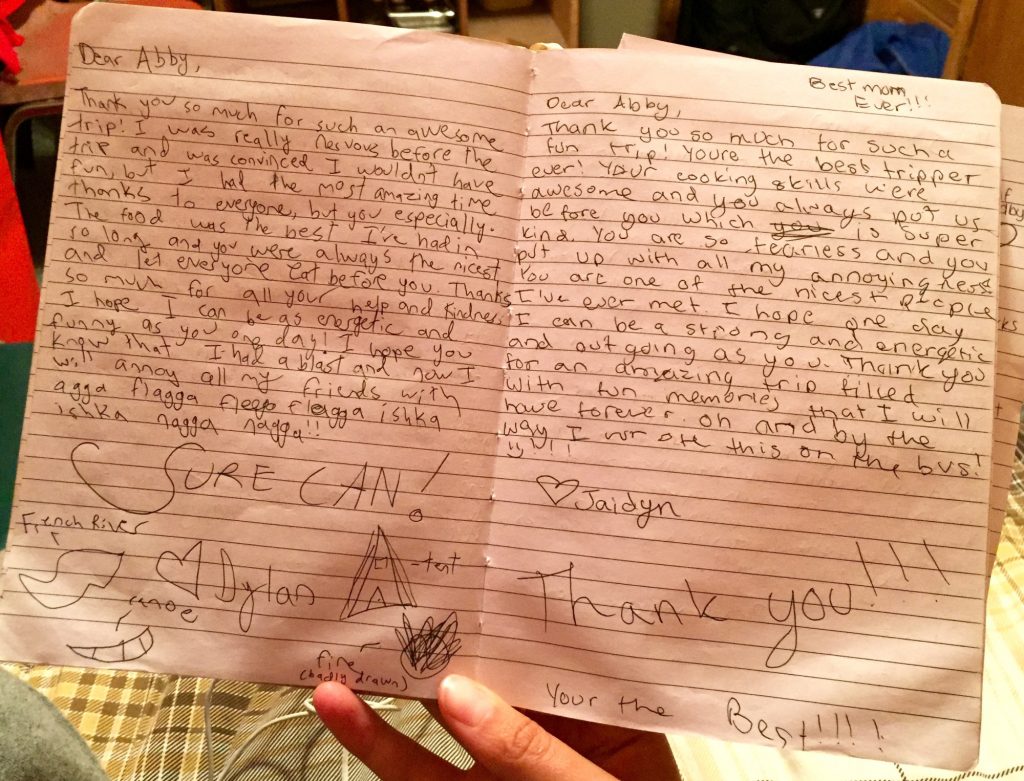 As cliché as it is, it was so cleansing to be away from the Internet and phones, just experiencing nature. It was even better in more isolated parks when you wouldn’t cross another person the whole time you were there. Escaping from reality is so important for the children too. Whilst camp is technology free, it’s still easy for the kids to get caught up in their lives and minute problems. Kids usually come back to camp being so much more grateful for basic facilities/every day things that are taken away during trip such as access to clean drinking water, a shower, toilet, warm comfy bed, a fridge full of food, privacy etc. Plenty of times we would be packing up sites in the rain which would cause tents, sleeping bags, and clothing to be completely wet, so discomfort was high for many people. It was amazing to see how quickly a group can bond through collective achievements, physically & mentally, such as a laborious portage or as simple as sleeping through the night. 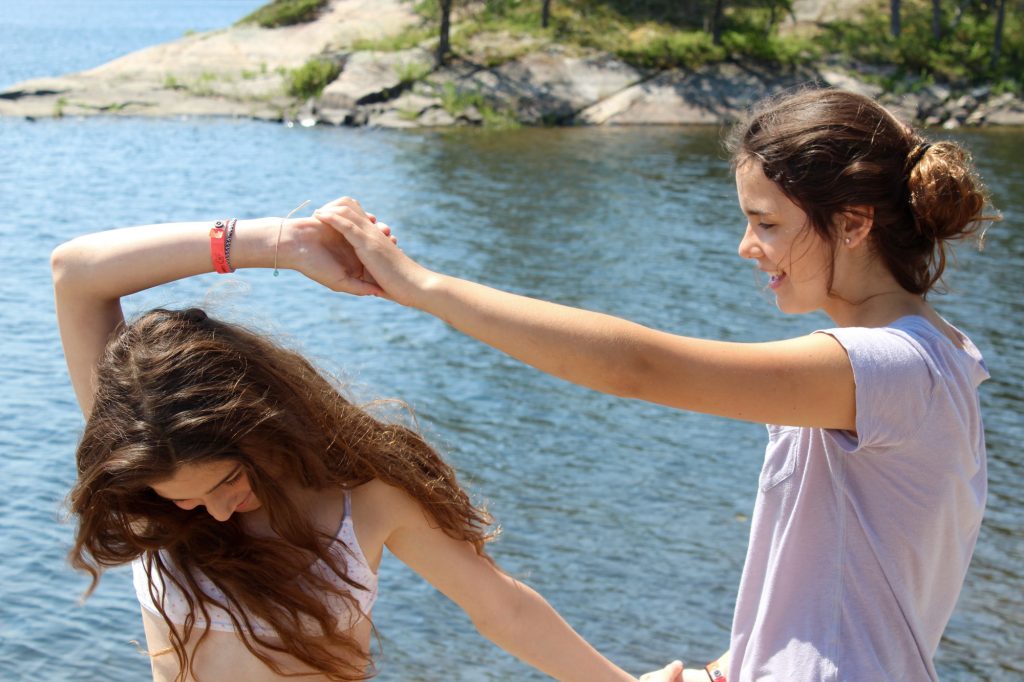 I was recently discussing with some of the other trippers how important it is to have females in this role. The common misconception that ‘men are stronger than women’ and the idea that woman need to maintain appearance and hygiene at all times, whilst it’s more acceptable for a man to not, is completely erased when it comes to tripping, especially when the head of the program is a female. On trip, I fully embraced being wild and dirty, carrying heavy things and doing more masculine tasks. I think it is so important for young girls to see older women doing these things to teach them independence, strength and to believe in themselves. Most of the physical work that is done on trip could be done by anyone, if you have the right mentality. I wasn’t able to tee-pee the canoe to allow myself to portage, and after 3 failed attempts, I was feeling quite dis-heartened and nearly gave up but I just took a deep breath and told myself I was strong enough, with one big lift, the canoe was up and it was a smooth portage from there. Simply put – if you can believe in yourself enough, you can do anything. Trip most definitely pushed my limits but I become a stronger, more courageous person for it. I’m already counting down the days to next summer. 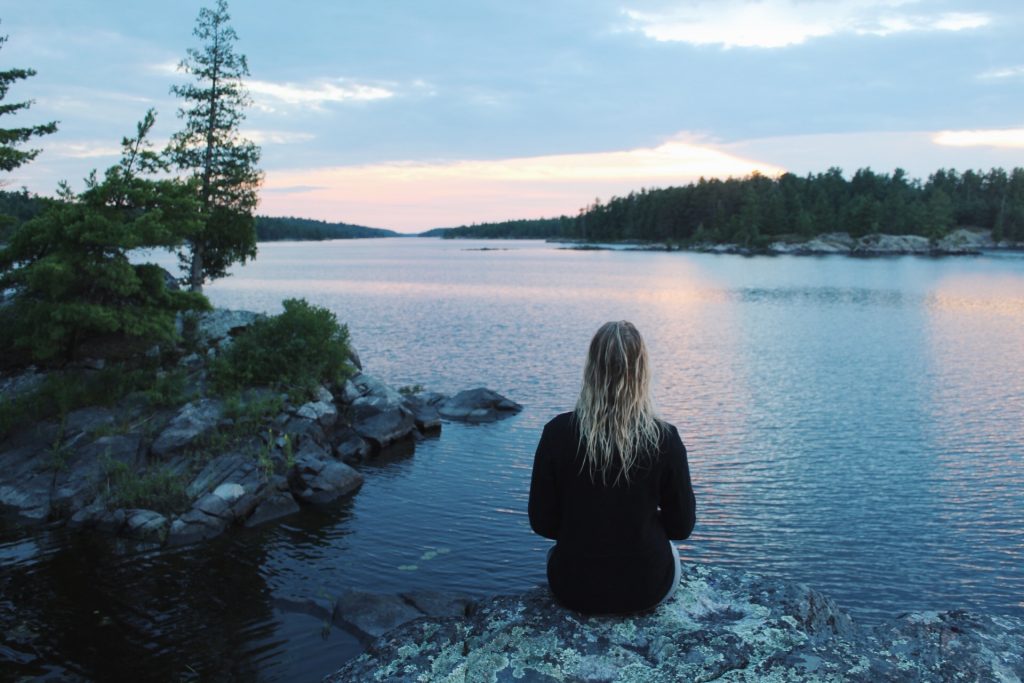 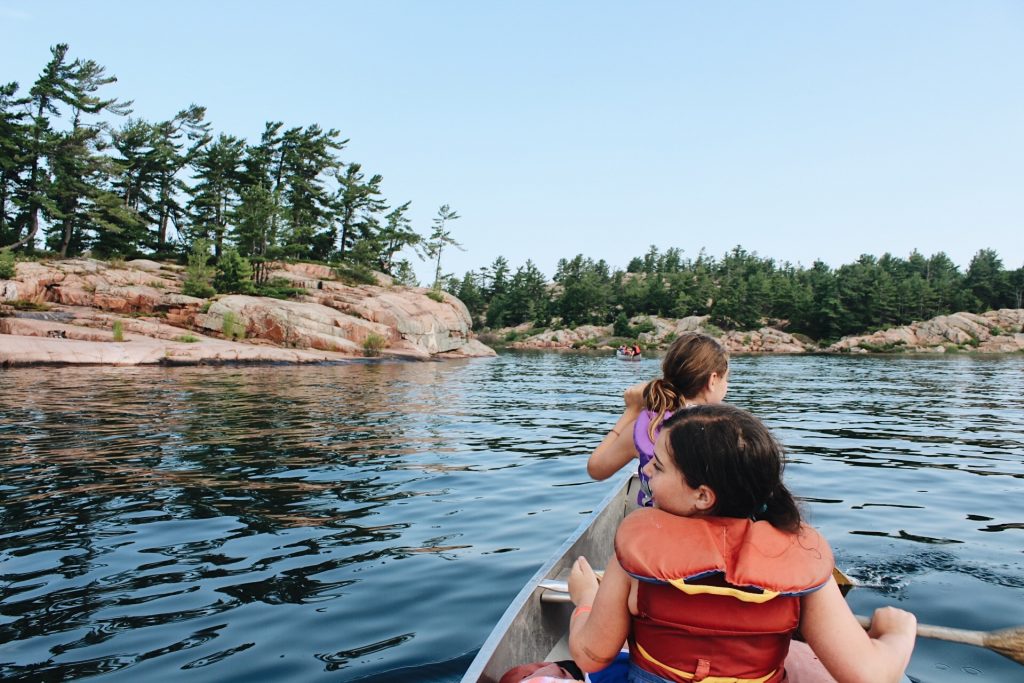 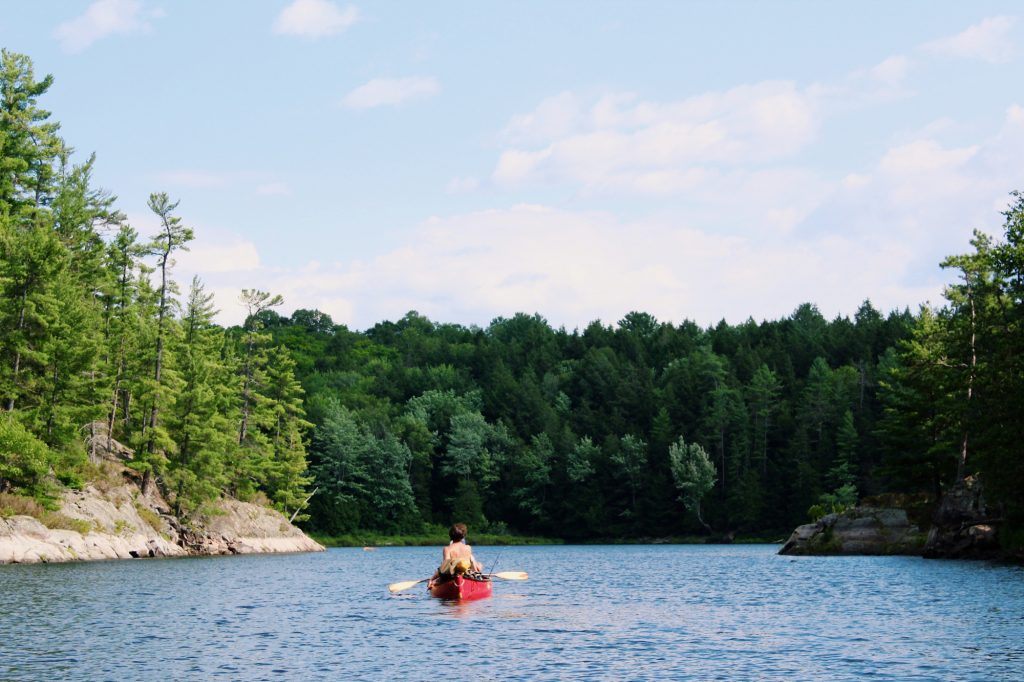 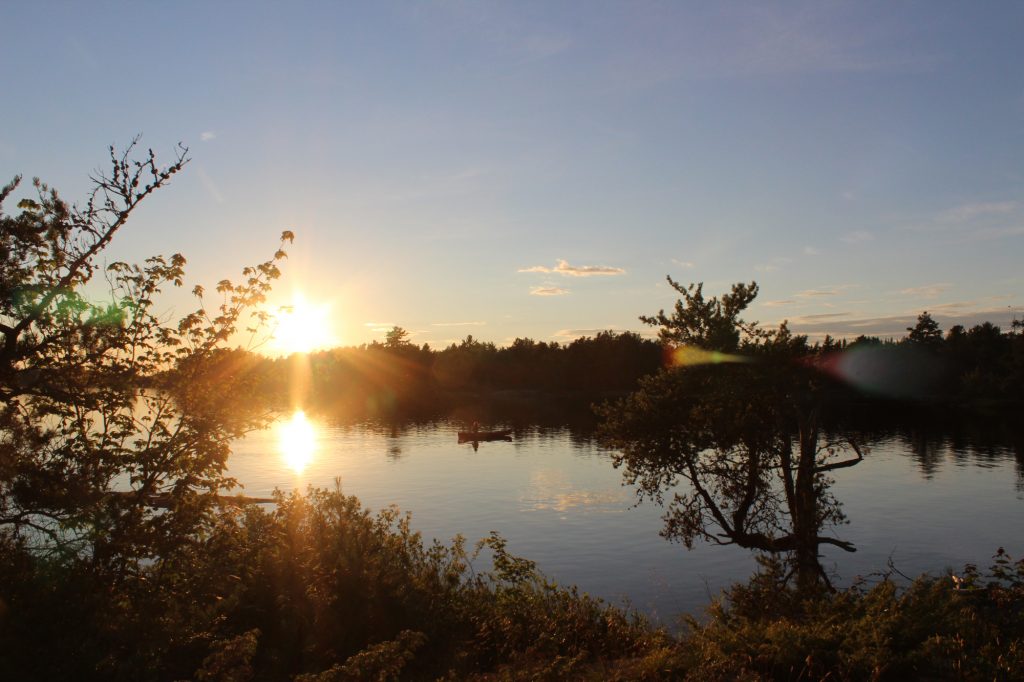 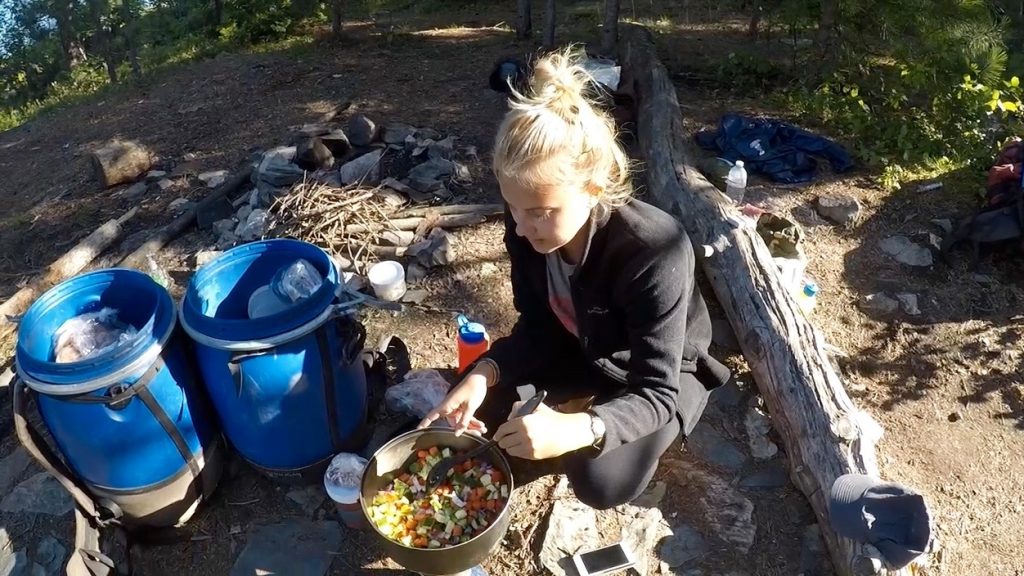 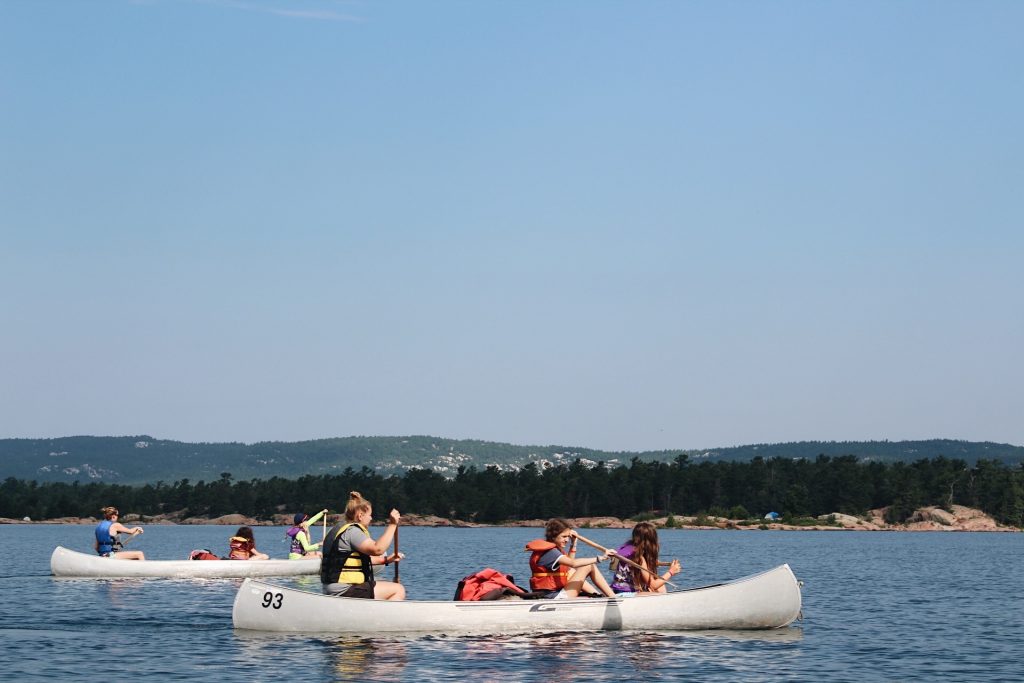 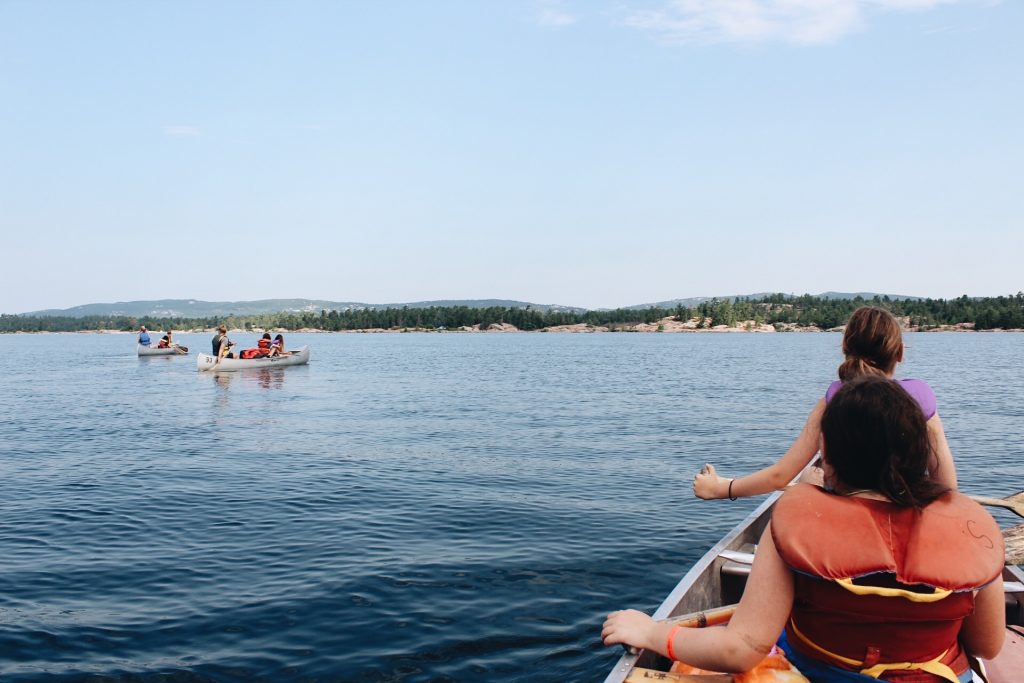 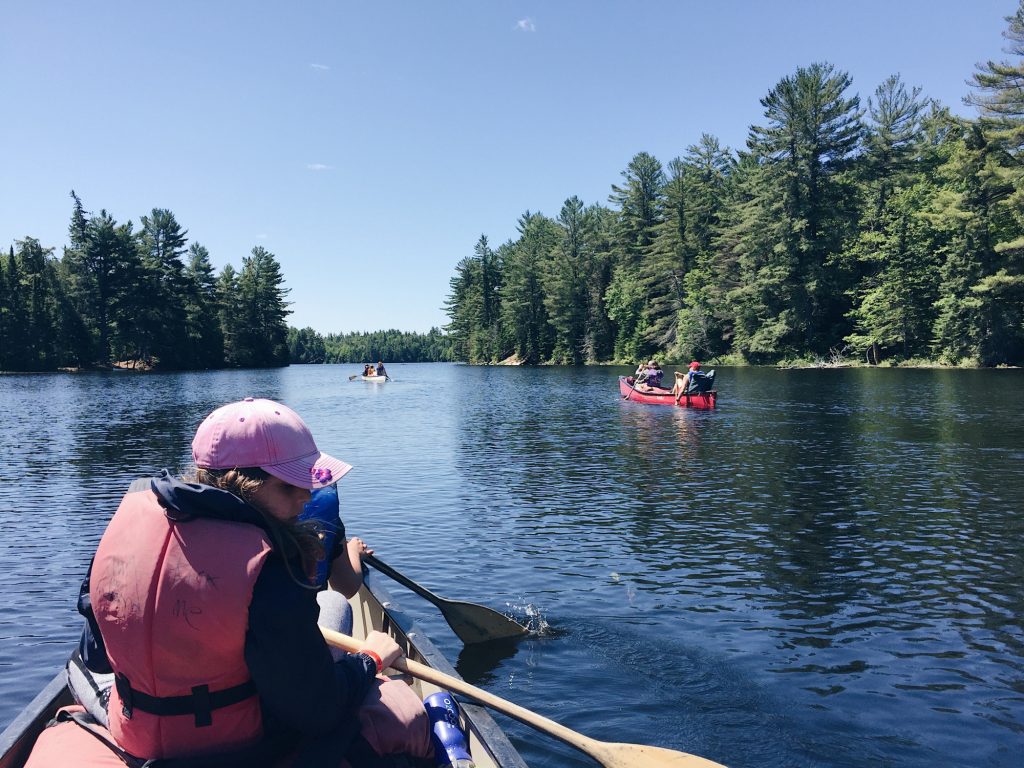 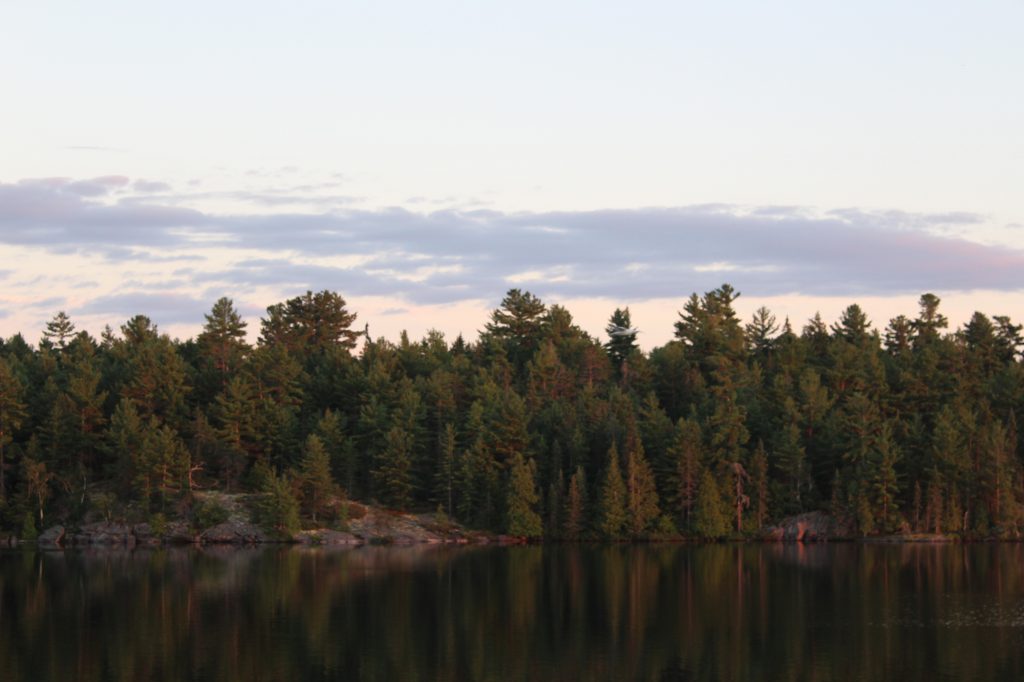 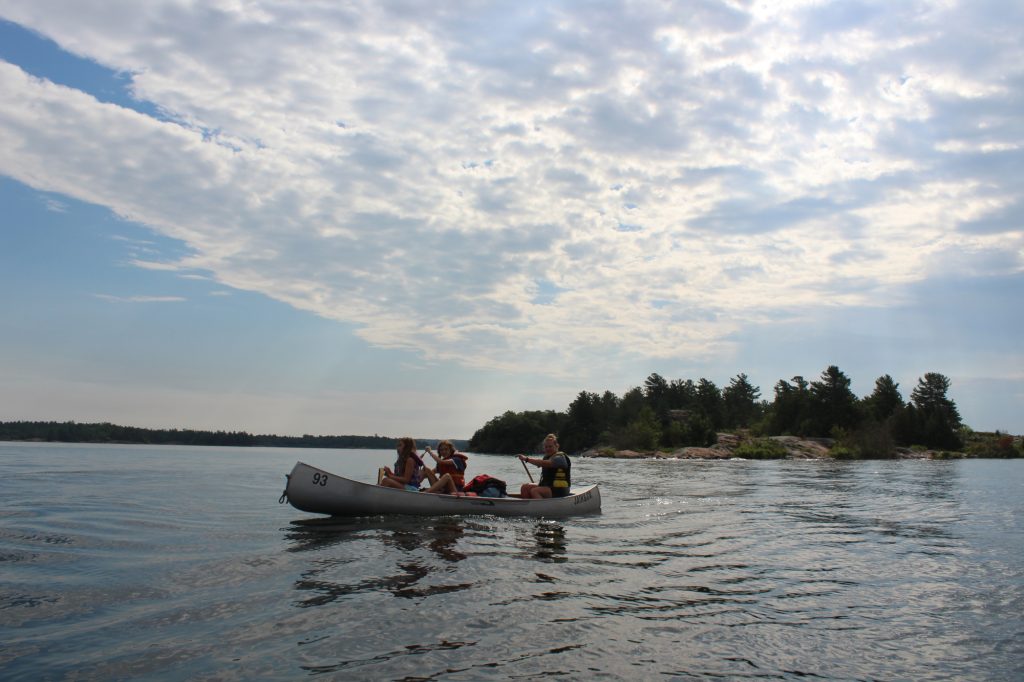 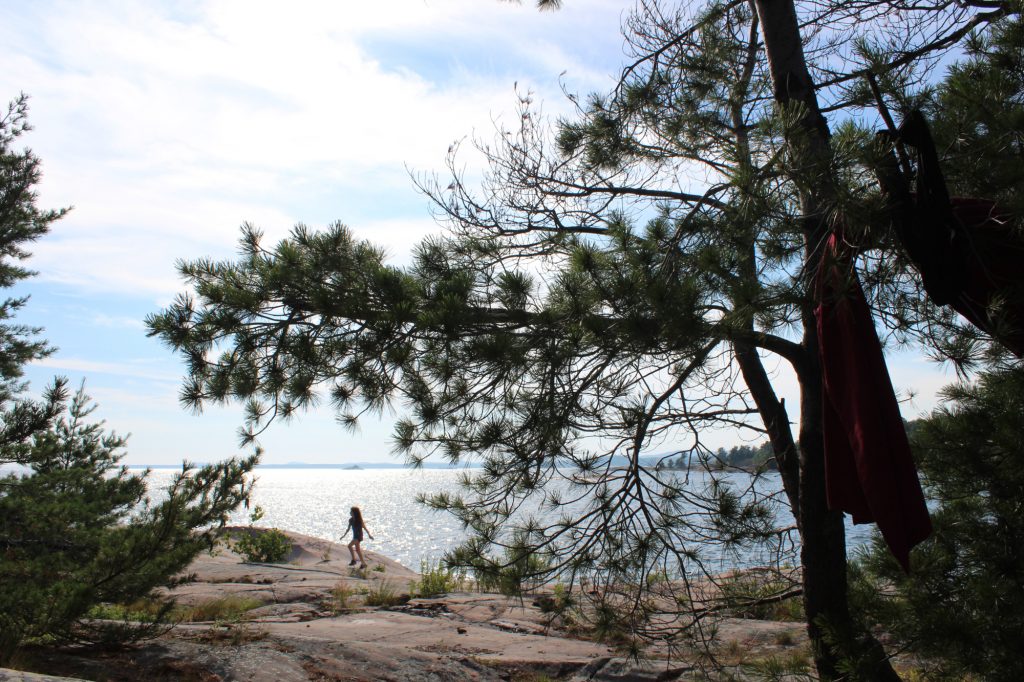